Balloch can be found on the southern shores of Loch Lomond and easily accessible from Glasgow and Scotland’s central belt. Balloch comes from the Gaelic word bal (baile or ball) which means village or hamlet, so Balloch translates as “village on the loch”, i.e. the nearby Loch Lomond.

The main street runs through the village and there’s a supermarket, gift shops, Post Office, pharmacy, hotels, B&Bs and ample cafes, bars and restaurants. For inspiration and ideas pop into the VisitScotland iCentre (opposite the railway station). Balloch is historically famous for being an important gateway for boats entering Loch Lomond during the 1800s.

Balloch Castle Country Park at the eastern end of the village is steeped in history and was the stronghold of one of Scotland’s most powerful medieval families, the Earls of Lennox. Located near the shore, the old castle was built around 1238 and was occupied until 1390. All that is left is the knoll on which the castle once stood and the remains of the moat.

Today’s castle, more a gothic-style mansion, was built in 1808, and is set in a commanding position overlooking the loch. Please note that the building is closed at the moment. It is enclosed by 18th and 19th century designed landscapes – ornamental woodlands, open parklands, walled gardens, tree avenues – all designed to impress. Early in the 1900s, Glasgow Corporation bought Balloch Estate and created Loch Lomond Park. In 1980 it became Balloch Castle Country Park.

Getting onto the loch will be high on most visitors’ wish list. Take a leisurely day trip on a loch cruise leaving from the River Leven by the bridge opposite the railway station. Or you can use the waterbus to explore other areas of Loch Lomond, also leaving from the River Leven jetty and disembark at Luss or Balmaha (via Luss). If you’re bringing your own boat, head down to the Duncan Mills Memorial Slipway, where there are launch facilities, a trailer park, registration point and always a helpful National Park Ranger on hand.

If a lochside stroll is more your thing, there’s a path from the Balloch House side of the bridge along the river and into the Country Park. This path hugs the loch shore and allows stunning views of the Loch and surrounding hills and mountains.

Loch Lomond Shores is one of Scotland’s most popular visitor destinations, combining the beautiful environment with an outstanding mixture of leisure and shopping experiences overlooking the majesty of Loch Lomond. Whether it’s shopping, eating or playing, there’s plenty to do. At nearby Balloch Pier you will find  The Maid of the Loch, which is the last of her kind to be built in Britain and is on the UK Designated Vessels List which recognizes vessels of historical importance and substantial heritage merit. Work is underway to restore the steamship to full working order.  During the summer you can climb aboard and learn about the Maid’s rich history.

For things to do for you and your family, why not try being Tarzan at TreeZone Aerial Adventure Course, meet some feathered friends at Loch Lomond Bird of Prey Centre or aquatic pals at Loch Lomond Sea Life Aquarium? You can hire bikes and boats from the beach at Loch Lomond Shores or take a cruise on the loch from the pontoon. It’s only a short stroll to the paddle steamer Maid of the Loch where you can learn about plans to get the steamship sailing again. The walk from Balloch train station to Loch Lomond Shores takes only 15 minutes and the path runs between the iCentre and the river.

Travelling onwards by foot or bike from Balloch can be easy and fun. The 17-mile West Loch Lomond Cycle Path (Regional Route 40) follows the western shores of Loch Lomond up to Luss and continues on to Tarbet where you can catch a waterbus back to Balloch via Luss. This is mostly traffic-free, with only two short stretches on minor roads. National Cycle Route 7 links Balloch with Drymen, Aberfoyle, Callander and Killin to the north; it follows south towards Glasgow touching sections of the River Leven and the Forth & Clyde Canal. The long distance routes The John Muir Way (Helensburgh to Dunbar) and the Three Lochs Way (Balloch to Inveruglas) also pass through the village.

At 56 degrees N, Balloch is at about the same latitude as Moscow– thankfully it’s not as cold!

By public transport: Balloch is easily accessible by train from Queen Street Low Level station and a journey typically takes 50 minutes; from Edinburgh take a train to Helensburgh Central and switch at Dalmuir. For buses, First Glasgow operate two services, the 204 and the 215 from Glasgow City Centre to Balloch, or alternatively Scottish Citylink operate several services a day that run along the A82, which bypasses Balloch.

By car: Balloch is easily accessible by car, the easiest route being the A82, by making a right turn at the Stoneymollan roundabout. Travel time by car is on average 30 – 40 minutes.

By bike:  The National Cycle Network Route 7 (NCN 7) runs through the heart of the National Park, and takes in classic Trossachs scenery en route. This route passes right through Balloch. 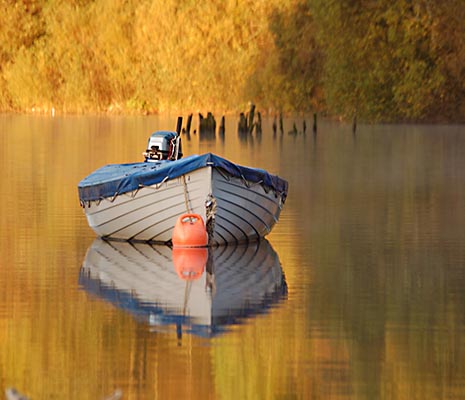