The villages of Drymen and Gartocharn sit at the western end of the Campsie Fells, overlooking the Endrick Water as it enters Loch Lomond.

Drymen is a popular tourist village with a long history. It is particularly lively in the summer months as it is often used as an overnight stop for hikers on the famous West Highland Way, and forms the western end of the Rob Roy Way.

Gartocharn is a little further south along the A811, sitting in the shadow of Duncryne Hill, known locally as the ‘Dumpling’ because its shape resembles a cloutie dumpling. The name comes from the Gaelic gart a charn, meaning “field by the cairn, or rock, or humped hill”. Although small, with a population of some 700+, Gartocharn retains many of its original features and rural way of life, whilst the bustle of the modern day is but a few miles away.

In the 18th and 19th centuries, Drymen was a popular stopover for Highland cattle drovers. The beautiful parish was built in 1771 and just outside the village are the substantial ruins of Buchanan Castle, a former stronghold of the powerful Grahams of Montrose which dates back to the 17th century.

It is quite unusual for a Scottish village  as it is centred around a green, with historic buildings grouped around, like the Clachan Inn, first licensed in 1734 and the Winnock Hotel.  Also noteworthy are the remains of a medieval motte which can be seen by the bridge in the village. There are also two golf courses, the Buchanan Castle Golf Course and the Strathendrick Golf Course.

Another curious fact is that Drymen Church was originally designed to be viewed from Main Street but the construction of the by-pass meant that its rear elevations are now also open to view.  The new hall and entrance have been sensitively designed and positioned so as to be subservient to and not detract from the original building while acknowledging its gabled designed features.

Gartocharn can also boast of impressive historical remains – to the north of the village, Ross Priory is a 17th century Gothic-style building dating back to 1693 and now owned by Strathclyde University. It was while staying at Ross Priory that Sir Walter Scott wrote parts of The Lady of the Lake in 1810 and Rob Roy in 1871. The grounds of the priory also contain among others a nine-hole golf course.

There are a number of local paths that explore Drymen and its surrounding countryside, ranging from easy to strenuous, from ½ km to 11 km, on a variety of surfaces. The West Highland Way runs right through the village and this section of Scotland’s most famous route offers stunning views of Loch Lomond and Ben Lomond – why not take a stroll and see for yourself?  If you fancy something a bit different why not watch some local football? The summer league runs from mid-April – September with games on Tuesday/Saturday evenings (weather permitting).

When it comes to Gartocharn, a beautiful walk starting from the village is the Aber Path along the shores of Loch Lomond. From this spot a number of bird species can be spotted including sand martin, house martin, swift and osprey. Just north of the village is RSPB Loch Lomond (Royal Society for the Protection of Birds) with a new visitor hub, open weekends and offering guided walks weekends too. RSPB Loch Lomond is one of the best places for wildlife in Scotland. Located on the shores of Loch Lomond, the site has a remarkable mix of habitats: woodland and grassland, rich floodplains, swampy mires and fens, all of which provide food and shelter for a massive range of fauna and flora.

Another walk is up Duncryne Hill, locally known as the “Dumpling” because of the way it looks. Although only 462 ft (141 m) high, the summit offers stunning views and arguably the best views of Loch Lomond and the southern Highlands beyond.

Actor and comedian Billy Connolly once lived with his wife and two children in Drymen.

By car: From Glasgow and the south, follow the M8 through Glasgow to Exit 16, then follow the signs for Aberfoyle (A811) – Drymen is just off the A811. From Edinburgh, take the M9 westwards and at Stirling take the junction 10 on the A84, which will continue on to the A811. Follow signposts for Loch Lomond.

By public transport: By train, the closest train station is in the village of Balloch, just 8 miles away. This station is accessible from Glasgow Central Station or Queen Street Low Level. From Balloch bus services run regularly to the two villages. For more details click here to access the Traveline Scotland website.

By bike: The National Cycle Network Route 7 (NCN 7) runs through the heart of the National Park, and takes in classic Trossachs scenery en route. This route passes right through Drymen and Gartocharn. 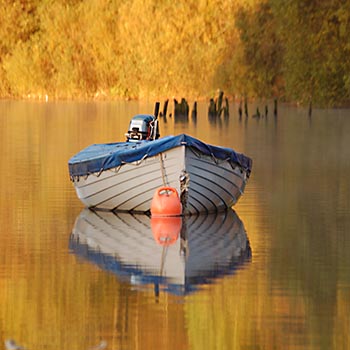